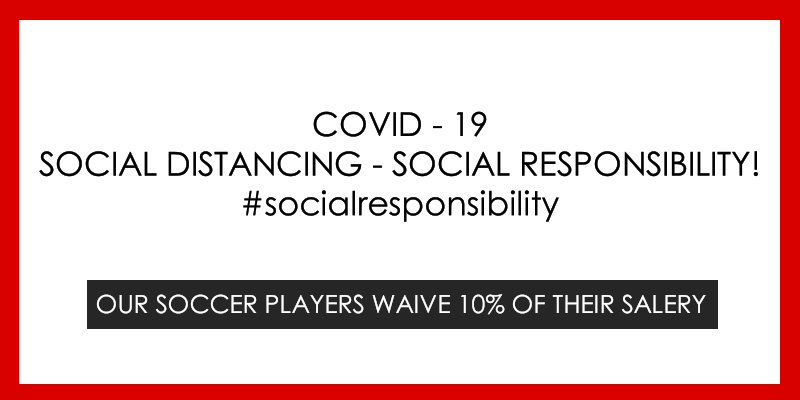 COVID-19 not only leads to real cuts in everyone’s life, but also great economic damage, which in particular once again affects the financially disadvantaged people.

The haxthaus DA team exchanged views with all the players we represent and decided to actively help. Even if football clubs such as FC Barcelona or VfL Wolfsburg should not be counted among companies in need and the Norwegian clubs Lillestrøm SK and Vålerenga IF should be safe, we have decided to make a financial contribution as far as possible.

Today we offered FC Barcelona for Caroline Graham Hansen, VfL Wolfsburg for Ingrid Syrstad Engen, Vålerenga IF for Marie Dølvik Markussen and Andrine Tomter and Lillestrøm SK for Heidi Ellingsen that the players mentioned waive 10% of the salary in order to make this money available for a relief campaign for particularly affected groups. Of course, it is up to the clubs themselves whether the amounts will be used for their own purposes, whether their own fund will be set up, or whether we will set one up and make the money available to those in particular need. We hope that the clubs communicate internally and thus perhaps also generate solidarity in the men’s area, who join this idea and the campaign.

OUR PLAYERS THAT SUPPORT #socialresponsibility